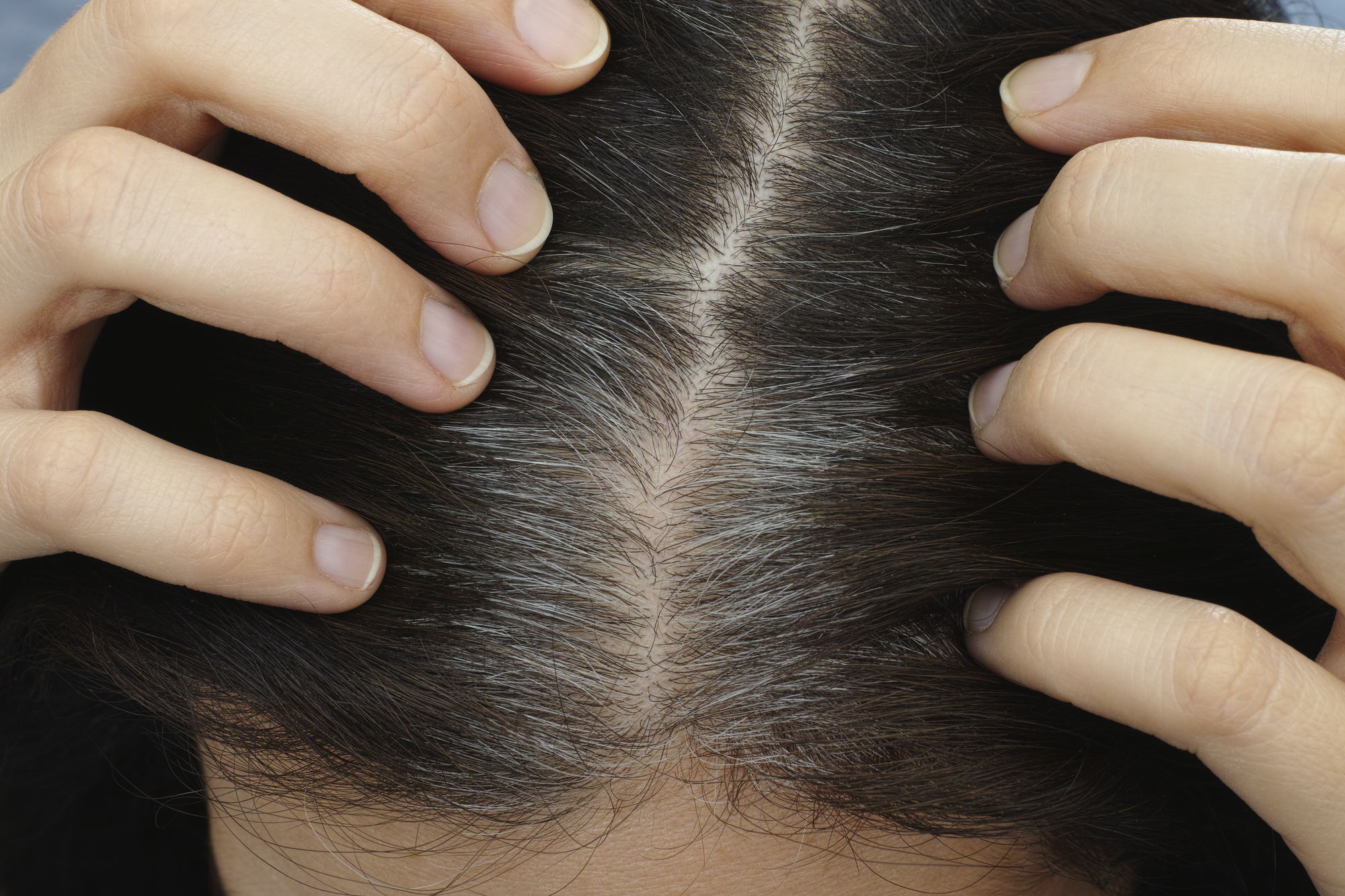 Oh no! Did you just spot a new gray strand? Don’t fret and for goodness sake do not pull it out. Spotting a gray hair or two is normal as we age. After all, gray hair is inevitable. But did you know there are several factors which can predispose you to prematurely graying? Below we list six reasons why your hair may be prematurely graying.

The biggest contributor to your mane prematurely graying is genetics! You heard us correctly. You may have been destined to have a whole head of gray hair by the age of 30 before you were even born thanks to your DNA. Thanks Mom and Dad!

In regards to ethnicity, on average, Caucasians gray the earliest. Usually around their mid 30s. Asians will start to gray in their late 30s, while people of African decent tend to gray in their 40s.

While experts are not in agreement on stress directly causing your hair to prematurely gray, there is evidence that stress can speed up the process. Just look at the highest office in the United States – the presidency. In the last 20 years, Presidents Bill Clinton, George W. Bush, and Barack Obama took office with relatively darker hair compared to when they left office.

Here is yet another reason for you to quit smoking. Smoking will not only cause wrinkles, stained teeth, and cancer, it will also cause you to gray sooner.

Lack of a Balanced Diet

Consuming a diet low in Vitamin B12, iron, Vitamin D3, and copper can cause your hair to turn gray. If you are on a balanced diet but still suffer from deficiency in the above nutrients due to an underlying medical condition hindering their absorption, then you will also be susceptible to graying earlier. A blood test with your physician can help you determine if a deficiency in present.

Going gray earlier than you expected can also be caused by genetic disorders and autoimmune illnesses. For example, a disorder such as vitiligo can destroy cells which make pigment (melanocytes) and result in the hair appearing white or gray. Again, check with your physician if you have medical concerns regarding a genetic disorder or autoimmune disease

When did you start graying? Do you proudly display your gray hair strands or cover them with hair color? Let us know in the comments.